Posted on February 13, 2011 by lewisaldridge

So, I took a minor detour from the original plan (if you can call 17hrs on a plane and 10,000 kilometres ‘minor’) to go on a bit of a road trip in the States with Sophie.Â  Having packed my speedos and left all my warm clothes in the hostel I arrived in Vegas to find it was FREEZING! I couldn’t believe it. Every other time I have been it has been scorching. Admittedly it has always been in August, but still….IT’S A DESERT……it should be hot.Â  Surely.

After two nights of lots of fun in Vegas it was time to head to San Diego where we spent a couple of days checking out the expensive boats, cars, restaurants and houses. And of course Sea World! A trip to San Diego can’t be complete without seeing Shamu! Interestingly before Shamu came on everyone was asked to show their gratitude to the US Armed Forces (I wasn’t quite sure what they were being thanked for or what it had to do with killer whales, but anyway). I like Sea World. I know they are caging wild animals for our enjoyment, just like any other zoo, but the animals all seem happy. I wouldn’t be surprised if they put Prozac in the water! And they have the best aquariums with the most amazing fish I have ever seen. And they had an area devoted to Antarctica. I cant wait to see the whales, penguins etc in their real habitat in 3 weeks 🙂

After San Diego we drove to LA where we spent most of our time. We went to Venice Beach which is just as you would expect with people skating along the beach on roller blades, homeless people pushing around shopping trolleys and ‘doctors’ prescribing marijuana to anyone who walks in complaining of sore fingers and being ‘diagnosed’ with arthritis.

We also went to the Griffith Observatory which was AMAZING. They managed to condense the whole of Stephen Hawkins` book into a 30min show in the planetarium. We watched a film in Hollywood, ate shrimp in Bubba Gumps and strolled along the beaches.

Whatever you think of California you cant deny its entertaining although it is a bit ‘ordered’ and ‘idealistic’. Sometimes you cant help but feel you are being slightly controlled or manipulated. Why, for example, do they feel the need to have gigantic flashing signs on the freeway telling you to report drunk drivers? Every 300 metres there is a sign and every 300 metres I found myself saying ‘FUCK OFF’. And why have they made parks non-smoking areas? Are they worried that passive smoking will hurt the wildlife? I pondered that as I tucked into my chicken, turkey, bacon and ham club sandwich.

This trip was without doubt one of the highlights of my travels so far. That could be to do with the place, or maybe its from seeing `I LOVE LA’ messages written everywhere on t-shirts, mugs and signs, but I think it probably has more to do with the company I was in.

I have been in Bolivia, Argentina and California all in the past month. My very simplistic take on it all is that Bolivia probably is a bit too simple and unruly for me, California is probably a bit too complex and controlling and Argentina has got the mix between personal freedom and a functioning system about right.Â  I like it here.

Better go. My folks are on their way so I need to pack away the tie dye shirts, shave the beard and figure out what I can and cant tell them. 😉

p.s. I think the sign of a great holiday is that you forget to take photos, so apologies for only taking 12! 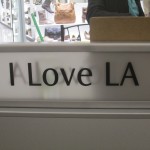 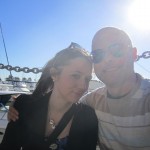 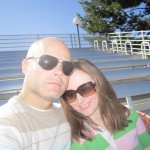 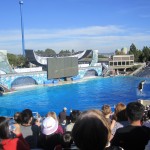 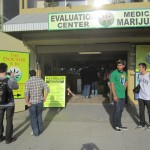 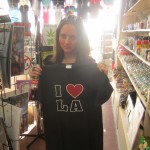 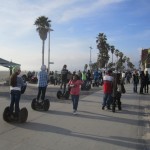 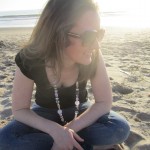 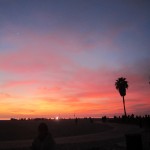 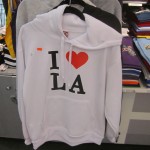